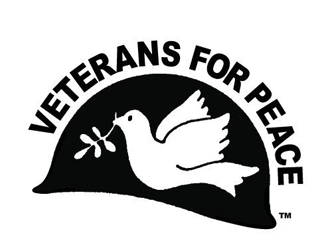 In years past the Smedley Butler Brigade’s annual  fundraiser culminated with a party – dinner,  dancing and a raffle.  This year we’ve decided to experiment with a new approach using social media. We’ve set up a site with “Fundly” where you can make a direct donation.  We’ve set a goal of $5,000.  It’s ambitious but we think doable especially if you send this appeal out to your friends on Twitter, Facebook, email lists and the like.

We’ll see how this new approach works.  But the real issue is why should you donate to the Smedley’s  annual fundraiser to begin with?  What have we done to earn your support?

Basically, we’ve been very active on two fronts.  One is working to turn back the trend toward imminent fascism in this country.  Last year we organized or participated in numerous events, standouts, marches, and even an encampment on Boston Common.   We built coalitions with the Women’s March, the March For Our Lives, the Poor Peoples Campaign, Black Lives Matter, Families Belong Together, Dorchester People For Peace, January Coalition and many more. In all those events Veterans For Peace took a leading role in peacekeeping and conducted many nonviolent action trainings.  We along with other groups have put our bodies on the line to protect our brothers and sisters from the Alt Right/White Supremacists.

On the second front we have worked closely with Mass Peace Action, American Friends Service Committee, and United For Justice with Peace to stand up for peace in North Korea, Syria, and Yemen, and to stand against our war economy, the military industrial complex and nuclear proliferation. We’ve also invested a lot of time and energy trying to keep the Veterans Administration health care system from being privatized by the Koch brothers.

In order to continue this important work, and to be effective for the rest of the year and next year, we need your help. Please support us by donating what you can!

Great  news!!  We have a donor, who asked to remain anonymous, that will match the first $2500 we fund raise.

Again, the link to our fundraising site with “Fundly” is:

If you mouse over the picture of our logo, on our fundraising website, you will be able to see our slide show of events this year. As the 100th anniversary of Armistice Day (aka Veterans Day) approaches, we sincerely thank you for your support and generosity.