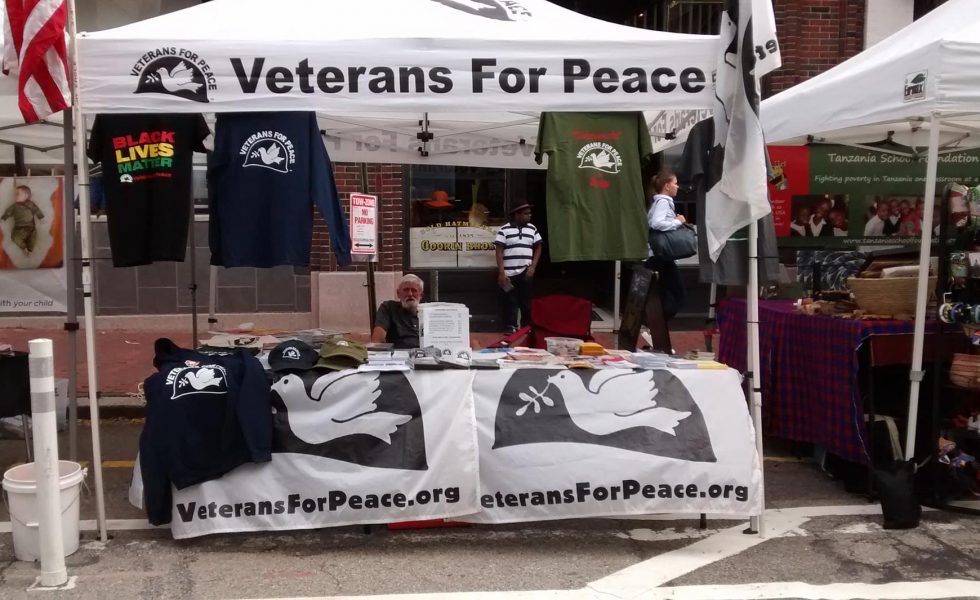 Report Back On Honk! Parade And Octoberfest In Harvard Square-Sunday October 7th -Thanks To Smedley Honk! Marchers and Octoberfest Booth Volunteers

Special thanks to Dan H. and Jain R-H for bringing materials, etc. over from the wilds of Quincy to the Wild West of Harvard Square

Kudos to the Smedleys and supporters, carrying flags furling in the breeze, who marched to the music of our allies in the Leftist Marching Band in the Honk! Parade on Sunday October 7th starting in Davis Square, Somerville, and wending (nice word, right) its way to Harvard Square, that is in the high rent district of Cambridge. We got, as usual in this “choir” parade, a good response along the way and a great response, again as always, in Harvard Square propah. The parade stepped off at noon or a little after and we got applause from the start. A special feature this year was a banner brought by leading Smedley Pat Scanlon from our “banner-maker” in North Andover (kudos to him)-captioned with our big Armistice Day push to get one and all to ring the bells at 11 on November 11th. We also passed out VFP informational leaflets and our Armistice Day parade and program announcement. (We will be presenting more info on that event as we get closer to the day.)

Octoberfest in Harvard Square, still in the high rent district of Cambridge-about 10 AM to 5 PM

Dan Higgins and Jain R-H brought our canopy and other materials sometime before 10 AM (8-10 is when vehicles were allowed to unload, etc.) and he and others helped set the booth up with literature and our new expanded inventory of clothing.

The divine Jain Rudivich (maybe sic)-Higgins staffed the booth early. Irrepressible Jon Niles committed himself to spending time at the booth as did Pat Scanlon-Doug Stuart Kebartas and John Robinson -and also helped after marching from the wilds of Somerville. At a little 5 PM before as the rains which seemed predestined to plague this event several people helped pack up after a long day. Thanks to all marchers and booth volunteers who made our work easier by their presence. 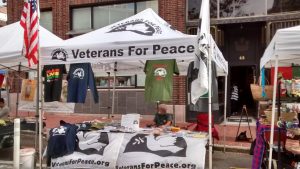 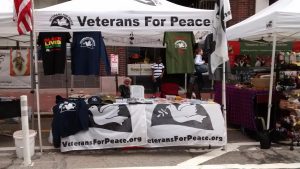