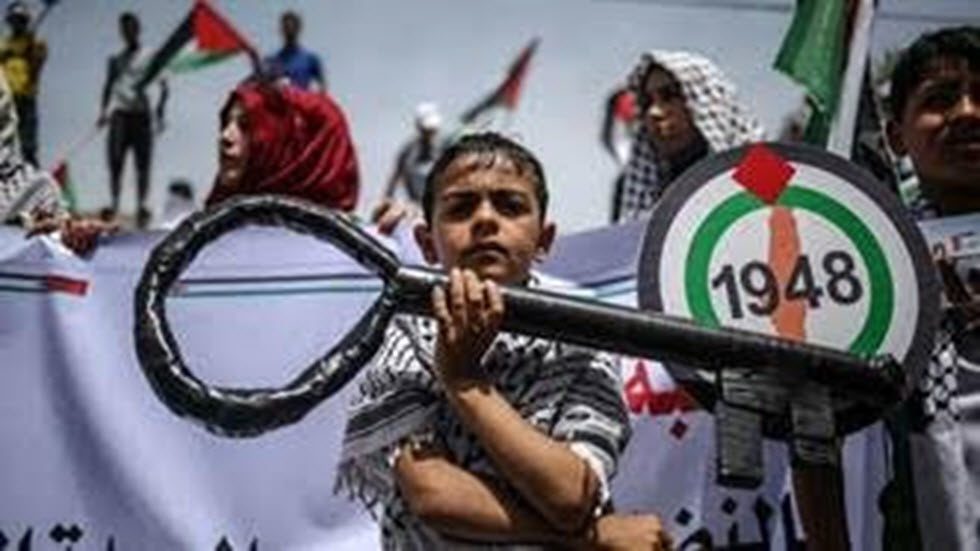 70 YEARS OF NAKBA
Stand Up for Gaza  –  Stop the Killing

Remembering and Resisting:
Palestinians and their allies are marking 70 years of Nakba, the ethnic cleansing of Palestine since 1948.
Saturday, May 12
11:30 – Exhibit in Copley Square (Boston)
12:30 – Solemn Procession Commemorating the March of Return through Downtown Crossing
1:00 – Speak-out at Park Street Station
Organized by: Palestinian Community of Boston joined by the Alliance for Water Justice in Palestine, Boston-wide SJP, Grassroots International, Jewish Voice for Peace-Boston, Massachusetts Peace Action, Unitarian Universalists for Justice in the Middle East, United for Justice with Peace
Congress Must Condemn Israeli Massacres in Gaza
– and Act to Prevent even more Slaughter in the Coming Weeks
Since March 30 protests inside Gaza by unarmed demonstrators have been met with regular Israeli government-authorized sniper fire from along the Gaza border.  Almost 50 Palestinians have been killed and thousands wounded.  No Israeli has been injured by these protests.

The use of live fire against demonstrators who pose no imminent threat to Israeli security forces has been widely condemned by governments and human rights organizations, including within Israel itself.  In the US, however, these war crimes have been defended by President Trump’s hawkish foreign policy team, even as the US continues to provide more than $4 billion in annual military aid to Israel.  In fact, the sniper rifles used by Israeli soldiers to kill unarmed Palestinians are Made in USA, some right here in New England.
Shamefully, few members of Congress have spoken up against these Israeli atrocities.  This has to change.
Call on your Congressional representatives to condemn the killing of unarmed protesters in Gaza.
Silence on these massacres is not only morally indefensible, it also ignores an existing US statute (the “Leahy Law”) which forbids the funding of foreign military forces which violate human rights standards.
Members of Congress should, at a minimum
–Speak up to defend the right of unarmed Palestinians to protest without fear of deadly force against them;
–Investigate the Israeli use of US funding and weapons to commit war crimes and take steps to cut off such aid;
–Demand an end to the illegal Israeli blockade and suffocation of Gaza which is making life there intolerable. (see this report for useful background)
Congressional action is more urgent than ever as there is the danger of larger-scale massacres under the cover of the May 14 transfer of the US embassy to Jerusalem and the simultaneous marking of Israeli independence and Nakba day by the Palestinians.  Speaking up now could prevent even more bloodshed in the coming weeks.  Contact your members of Congress today!

Jeff Klein, Convener, MAPA Palestine/Israel Working Group
P.S. Please sign the letter today!   And I hope you can join us on Saturday at Copley Square!
A NEW DAY is a network sponsored by Massachusetts Peace Action.
PLEASE SIGN UP for regular “A NEW DAY” Action Alerts if you have not already done so and please reach out to your contacts to have them sign up for by emailing A-NEW-DAY@masspeaceaction.org (and please note your Congressional District).
(NEW DAY members will receive a limited number of action-oriented emails)
Massachusetts Peace Action, 11 Garden St., Cambridge, MA 02138
617-354-2169  • info@masspeaceaction.org • Follow us on Facebook or Twitter